The 2014 Defender Challenge, a one-make rally series operated by Bowler Motorsport, is designed to provide a controlled and cost effective route for entrants to sample different rally disciplines, and ultimately prepare them for rally raid competitions such as the Dakar and the Africa Race. The Defender Challenge is managed by Bowler Motorsport, supported by Land Rover and regulated by the MSA. 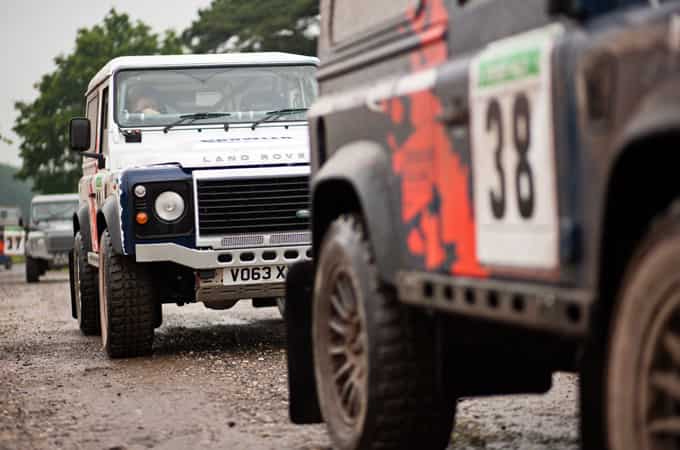 The Challenge will see competition-prepared Land Rover Defenders being used in a seven round rally series taking place across the UK. All competitors will drive a brand new Bowler prepared Defender 90 that has been modified for safety, performance and durability, and is compliant with FIA T2 regulations, and each event will be supported by the Bowler Works team and will have a dedicated service and hospitality area.

The modified Defender 90 Hard Top utilises the factory-standard 2.2 litre diesel engine which has been uprated to 170 BHP by Bowler Motorsport. All Defender Challenge cars will run the standard 6 speed manual gearbox, controlled Kuhmo tyres and full MSA-approved roll cage and fire extinguisher system. Further aiding the accessibility of the series, all cars will remain road-legal and can be driven to events if required.

The UK series will comprise of seven rounds which mix hill rallies and stage rallies, and which are spread across the UK throughout the year. Entrants will also have the option of competing in rallies in Europe and North Africa alongside the Bowler Works team.