For the penultimate round of the 2014 Defender Challenge the series returned to Wales for the Cambrian Rally, also a round of the BTRDA Rally Series and the Welsh Rally Championship. Set in the forests around Llandudno, the rally consisted of 45 miles over eight special stages.

Seven Defender Challenge teams took part, with Edd Cobley hoping to wrap up the title following four victories in the first five rounds. After the first three stages Cobley and co-driver John Tomley were leading the Defender Challenge class, before an accident on stage four dashed Cobley’s hopes of securing the championship ahead of the final round in November. 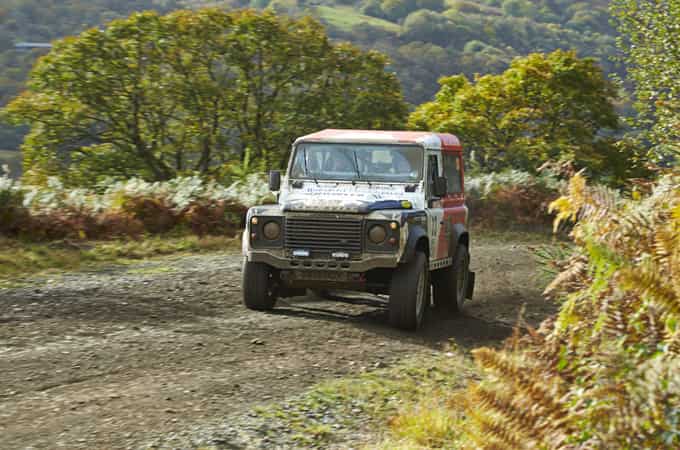 Cobley said, “On stage four we were coming into a really long right hand corner, and the car just settled into a little bit of understeer. I lifted the throttle and the back end came round. We clipped the bank which put us up on two wheels. I didn’t want to go off the bank so I turned right and it just spun down the track on its side. It was driver error, combined with the terrain and tyres - we’ve done a full season on those tyres which is testament to the vehicle.” Although Cobley managed to get back to the service area and complete the rest of the rally, he missed out on vital championship points.

David Johnston and Joseph Monaghan were competing in the Defender Challenge for the first time and set competitive times from the outset, gaining in confidence throughout the day and taking the Defender Challenge class victory. Johnston said, “We got into the car this morning for the first time and didn’t look back. The car performed brilliantly and we really enjoyed ourselves. We’re really pleased with the win and we had a great day, it was brilliant fun. We have raced off-road before but this was our first time in a forest rally in a Defender.”

The Race2Recovery team of Ben Gott and Stephanie Boddez scored another second place, gaining valuable championship points. Heading into the final round they are now tied at the top of the championship standings with Edd Cobley. Gott said, “We finished second again which is brilliant, I’m really happy with that. There was a points battle going into this one and I knew the only way we could stay in contention was if Edd had a mishap. That leaves it open for the final round which is brilliant for the championship. The car has been fantastic today and Steph’s been amazing as always, the partnership between us grows at each event. There’s a slim chance that we can win the championship so we’ll fight tooth and nail at the next round.” 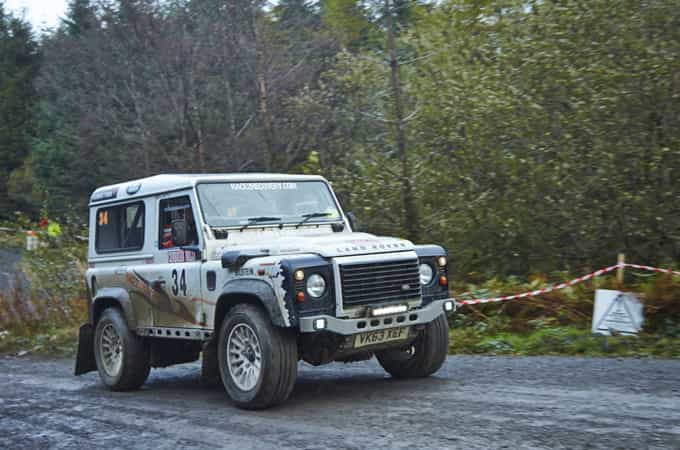 Heading into the final round of the championship Edd Cobley is now tied with the Race2Recovery team on 85 points each. The title will now be decided at the Borders Hill Rally in Dumfries, Scotland, on 22nd and 23rd November.