In unseasonable and unexpected snow storms, the second round of the 2015 Defender Challenge by Bowler took place at the Sweet Lamb complex in North Wales at the weekend.

Despite the near freezing temperatures, spirits remained high amongst the 10 teams competing, taking the sleet, snow and rain in their stride and even remarking how well the adverse conditions suited the Defender 90s they were racing.

All round the camaraderie was exemplary throughout the two-day endurance event, demonstrated by the need for major overnight repairs to one of the cars damaged in practice. The Bowler team worked into the small hours of Saturday morning to restore the car to race-fit standard and setting a benchmark ‘can do’ approach to the weekend.

Drew Bowler, Managing Director, Bowler Motorsport, commented, “The team is very experienced in last-minute repairs; this is the rally raid mentality and we try and instil this through service and amongst the drivers and navigators too. We will always rise to the challenge, finding the solution and not giving up until we have all the teams race-ready.” 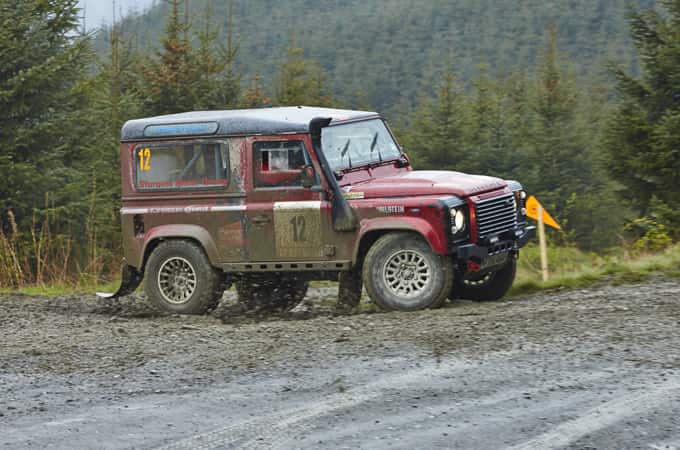 After a late night of preparations, all 10 rally-modified Defenders took to the purpose built former quarry in which the WRC Sweet Lamb stage sits. There was a mixed level of experience amongst the teams competing from a seasoned Dakar Navigator, a Land Rover Experience Instructor, a number of returning Defender Challenge competitors and some were experiencing a Hill Rally for the very first time.

Over two days the competitors completed seven stages over 149.86 kilometres with a maximum of five hours and 26 minutes in which to complete them which, as the first hill rally of the series, boded for a daunting round for those competitors new to the Defender Challenge. “Today’s race is going to be interesting. It’s my first off-road rally so I don’t know what to expect, but I think I’ll feel it tomorrow!” said first time hill rally racer Brian Palmer ahead of the event.

Comprising two couples, husband and wife duo Lisa and Adrian Silvers in service and Dave Harlow and Sara Smith, driver and navigator respectively, ‘The Defenderists’ are an experienced and skilled combination, for them the ambition was very clear, “We really want to achieve a top three position” commented Dave Harlow at the end of the third service. "Our aim is to keep a consistently quick time across the stages and preserve the car throughout."

At the end of the first of two intense days Edd Cobley and John Tomley held the number one spot despite encountering issues with loss of power-steering achieving a combined time of one hour 25 minutes and 16 seconds across the 4 stages, with Gareth Carruthers and Wallace McKay running in second place. Edd Cobley commented, “After stages one and two we were one minute 46 seconds in front of the closest Defender, really demonstrating the guts, authenticity and supremacy of the car. Half way through stage three we had a power-steering failure which didn't impede us too much, the Bowler crew changed the pump when we came back into service and we are ready for tomorrow.” 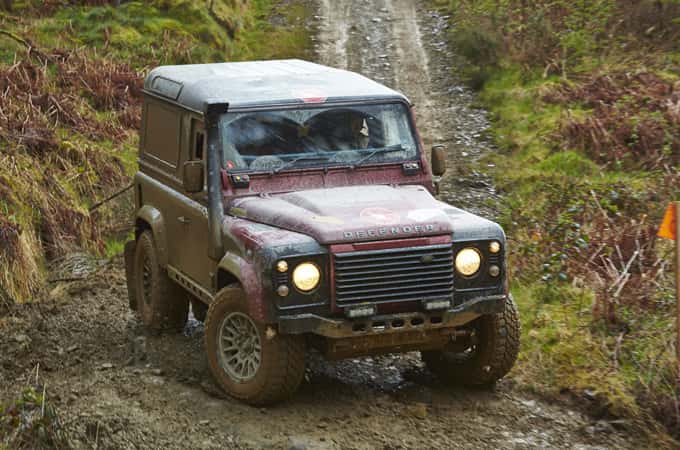 Day two opened with a wet start but competitors were enthusiastic and keen to get going on stages five, six and seven. Having compared notes and exchanged tips the drivers assembled for a seeded start. Results of the fifth stage yielded a surprising turn of events with three teams finishing in 16 minutes 49 seconds tying drivers Taft, Hayward and Palmer in seventh place for the stage. At the top of the table, close competition ensued for first and second position with Cobley finishing second to Carruthers.

With sections of the course shrouded in dense fog, stage six posed extreme conditions and at final service three cars failed to return to base. Soon reports that cars 20 and 22 were overturned made their way back to the bivouac but fears began to rise for car 19 which was unaccounted for. With seven teams back on the final stage, car 19, driven by David Johnston and navigated by Joe Monaghan, pulled into service towing car 22 and followed closely by car 20. Having seen the rival teams in trouble, car 19 towed both Defenders onto their wheels and back to safety. David Johnston said "The spirit of Defender Challenge is that we stick together. Ultimately we all want to see the others finish."

After a truly challenging weekend, Edd Cobley secured the top spot navigated by John Tomley in car 12 which leads the competition overall. Edd Cobley commented, "It's been a great weekend racing, we had a new car, new sponsors and new terrain to work with. The car lived up to everything we expected and needed and we got some really quick times. Parts of the course allowed us to push on to 99mph. This afternoon threw-up some slippery surfaces and the fog was disconcerting on stage six. We kept it smooth and consistent and achieved the result we were hoping for."

Gareth Carruthers came in second navigated by Wallace McKay in car 18 and Christian Femont and Leon Vanhaesebrouck in car 25 achieved the third place after a tight battle with The Defenderists Dave Harlow and Sara Smith. 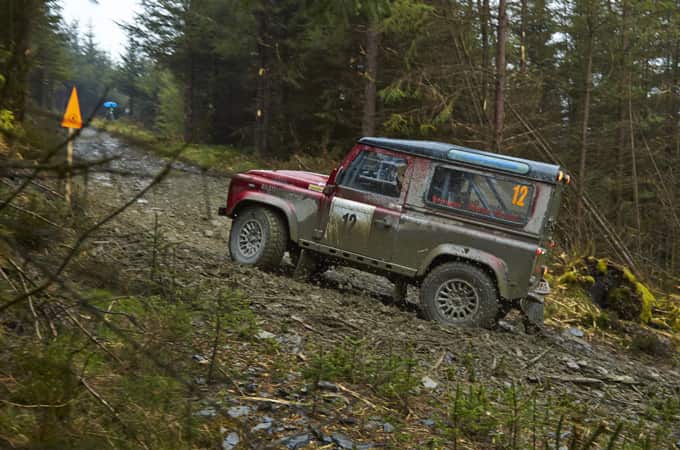 Joining the Defender Challenge for the first time was Land Rover retailer Lookers Group. James Tayler, Head of Business for Lookers Group, reflected on their first race: “We are delighted to see the Lookers Defender make it to Sweet Lamb, only a few days ago it seemed like a tall order owing to the car still requiring its full MSA rally conversion, but thanks to the tenacity and commitment of the Bowler team we are here, on our first race and are delighted to have achieved second place on our first outing.”

Jon Chester, Brand Director, Bowler Motorsport commented on the weekend, "The Welsh Hill Rally has tested the drivers, cars and teams in a way that only a hill rally can. The harsh weather combined with long stages has made this event a very realistic introduction to endurance rallying for many of the Defender Challenge teams. We've been delighted with the performance of the teams and the cars and have tested new Cooper tyres and revised suspension settings to great effect, so the Defender is becoming even more competitive - as demonstrated by the the strong results across the field and a brilliant 6th and 7th overall. This is an amazing result for a production based road registered Defender competing against bespoke off road racers. We're exceptionally proud of David Johnston to have claimed the 'Spirit of the Rally' award - this sums up the Defender Challenge perfectly.’

2015 Defender Challenge by Bowler standing after Round 2:


People wishing to find out more information about the Defender Challenge by Bowler should visit uk.media.landrover.com and follow the @LandroverUKPR twitter feed.