Solihull, 5 February 2014 - Today Jaguar Land Rover welcomed 15 servicemen from Help for Heroes at Land Rover Experience, Solihull. The guests were put through their paces, off-roading across the 15 acre test track in the heart of the Solihull. They were then taken on a tour of the manufacturing facility to see award winning vehicles such as the Range Rover Sport being made. The event was arranged via Motorsport Endeavour, whose objective is to help rebuild the confidence of service and ex-service personnel in mind and body. 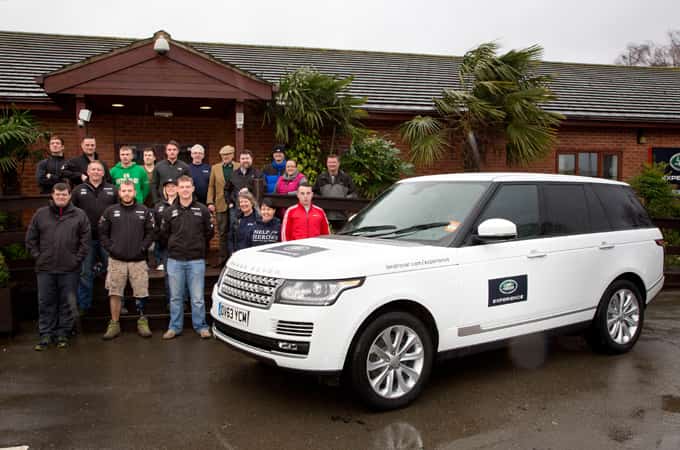 Driving in Range Rover and Land Rover Discovery product, the team made their way across the Jungle Track and Adventure Zone including a 45 degree downhill slope and tipping bridge - all designed to showcase Land Rover's legendary all-terrain capabilities. Injured service personnel Clive Smith said "Today has been a fantastic experience learning some off-road techniques and meeting other motorsport enthusiasts who have also overcome life threatening injuries to continue their passion for driving and motorsports."

Ben Gott from the Race2Recovery team who recently completed the 2014 Dakar Rally known as 'the world's toughest race' said: "Land Rover has sponsored us for the last couple of years where we made history in 2013 by becoming the first ever disabled team to finish the 9,000 km Dakar Rally. Race2Recovery operates under the motto of "Beyond Injury, Achieving the Extraordinary" and allows us to realise our ambition of completing world-renowned challenges while raising money for charities including Help for Heroes."