Halewood, Merseyside - 250 new jobs have been created by the UK's largest automotive employer as the Land Rover Discovery Sport is today confirmed as the latest model to be produced at Jaguar Land Rover's Halewood plant.

The additional jobs announced to support Jaguar Land Rover's newest model will see the Halewood workforce reach 4,750 - more than treble the number employed there in 2010. 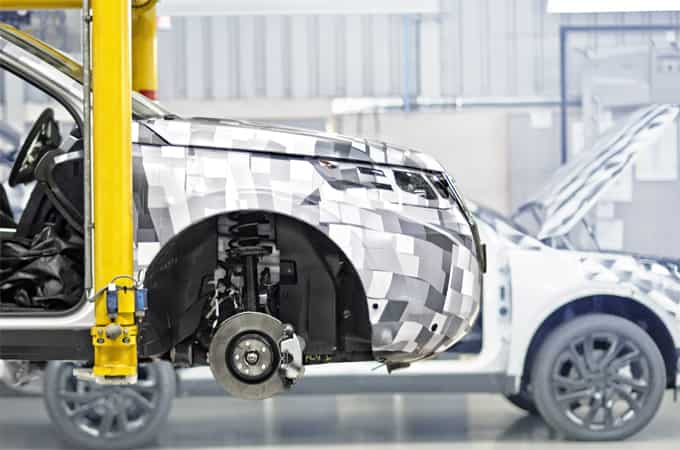 Commenting on the announcement, Jaguar Land Rover CEO, Dr. Ralf Speth, said: "The Land Rover Discovery Sport is the next in a line of exciting new products to come from Jaguar Land Rover. I am delighted that Halewood - and Liverpool - has been selected for this new investment. It is totally deserved, and strengthens the 'special relationship' that bonds Jaguar Land Rover to this great city."

The Halewood plant, which is already home to the company's fastest selling model of all time - the Range Rover Evoque, has benefited from a £200 million investment to support the introduction of the first member of the all-new Land Rover Discovery family. This takes the total amount invested in Halewood over the last four years to almost £500 million.

The new Land Rover Discovery Sport, which will go on sale in 2015, will be the most versatile and capable vehicle in the compact SUV segment. It is the first member of an all-new family of Discovery vehicles, inspired by the Discovery Vision Concept which was spectacularly showcased at the New York International Auto Show.

Richard Else, Jaguar Land Rover Halewood Operations Director, said: "I am delighted to be welcoming the new Land Rover Discovery Sport to Halewood. Its arrival has been a further boost to the region and to our committed and loyal workforce who are all passionate ambassadors for this great company.

"In many ways, Halewood has embodied the transformation of Jaguar Land Rover. We have seen our work force treble and production quadruple in just four years. Today we are operating three shifts, 24-hours a day to meet global demand and I am confident that the team will rise to the challenge and deliver a flawless launch of this exciting new model."

The arrival of this exciting new vehicle at Halewood has doubled investment in the plant since 2010. In addition to a £45 million state-of-the-art Aida servo press line installed in March of this year, Jaguar Land Rover has installed 260 new automated robots, industry leading laser welding facilitates and a number of state of the art equipment monitoring & reporting systems to support an unrelenting focus on quality.

Halewood became home to Jaguar Land Rover's top selling model, the Range Rover Evoque in 2011. Within two years the plant had produced more than 200,000 vehicles, a record volume for a single vehicle line at any Jaguar Land Rover facility. Today the Range Rover Evoque continues to attract new customers to the Land Rover brand. Sales in May were up 12% year on year with more than 80% of production exported to 170 global markets.