The biggest ever British military sports team for wounded, injured and sick Servicemen and women gathered today for the first time, following three months of extensive training and selection trials.

The British Armed Forces team, supported by Jaguar Land Rover, will compete against 13 nations in nine sports and a competitive driving challenge when the Games begin in London next month.  The team, which has been trained and supported by Help for Heroes and the Ministry of Defence, is made up of veterans and serving members of the Armed Forces. 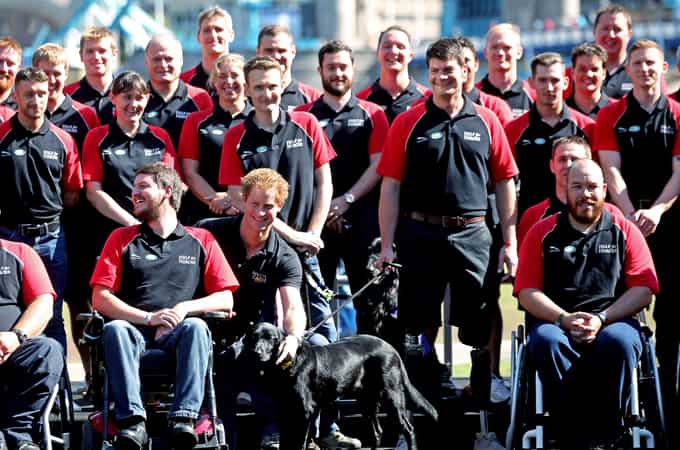 Dave Henson, who today was announced as the British Armed Forces team captain and lost his legs in an IED explosion in Afghanistan, said: "When I was injured I thought that was it, my life was over. The confidence boost that sport gave me was huge and to be selected as part of the British team for the Invictus Games is a huge honour. I really hope both the British public really get behind the Games and come and support us in person. It's going to be a truly inspirational event."

Daniel Whittingham, a below-the-knee amputee who has been selected for the British Armed Forces team, said: "After finishing the Dakar rally last year with Race2Recovery, which was an extraordinary feat of endurance against all odds, I was keen to explore further ways to focus my recovery. Having the chance to compete with other servicemen and women who have been through similar hardships and who have come out on top despite all odds, is a massive personal honour.

"For me and indeed all the competitors, there has been so much effort behind the scenes, not just training for the Games but also in adjusting to daily life with our disabilities. I am proud to represent the British team and look forward to the Games in September."

The Invictus Games are being organised with the support and backing of The Royal Foundation of The Duke and Duchess of Cambridge and Prince Harry and the Ministry of Defence. It will see more than 400 wounded, injured and sick Servicemen and women, serving and veteran, competing in Queen Elizabeth Olympic Park and the Lee Valley Athletics Centre, thanks to the Mayor of London, the London Legacy Development Corporation and the Lee Valley Regional Park Authority. 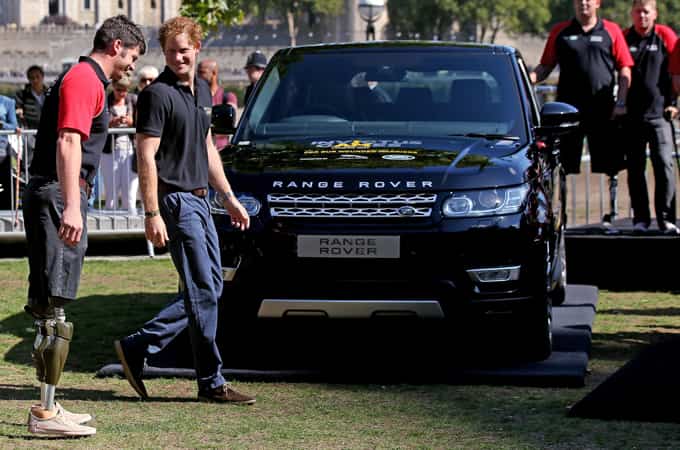 Dr Ralf Speth, Chief Executive Officer of Jaguar Land Rover, said: "Jaguar Land Rover is immensely proud to be enabling the Invictus Games and supporting the British Armed Forces team.  We have been inspired by the passion with which Prince Harry has championed this visionary idea, to celebrate the commitment and achievements of wounded, injured and sick Service personnel.  In addition, we're exploring with the Royal Foundation and the Ministry of Defence innovative ways of enhancing their employment prospects and those of other Service personnel when moving into civilian life, to create a lasting legacy from the Games."

Mark Cameron, Global Brand Experience Director of Jaguar Land Rover, today congratulated those who have been selected. He said: "Jaguar Land Rover is honoured to be supporting the British Armed Forces team at the Invictus Games. Having worked hard in both their recovery and training, all those named in today's team should take great pride in their selection. We look forward to watching them go for gold in September."

Tickets for the Invictus Games cost £12.85 per person, per session and are on sale at www.invictusgames.org.