Land Rover Global Ambassador Bear Grylls led an expedition into the Gila National Forest, New Mexico, for the winner of Land Rover’s Next Generation Explorer challenge, Alex Woodford. Alex was guided and mentored by Bear on a two-day experience in the wilderness.

Bear has previously spoken about the close link shared by Land Rover and adventure, and his personal connection with the brand. "I've used Land Rover vehicles throughout my life…They always deliver a rugged reliability that you can always count on when the chips are down in hostile environments.

“Land Rover is all about adventure, and adventure has always been in my DNA. For the toughest challenges, a Land Rover is always my vehicle of choice, which is why I'm so proud to be associated with the brand." 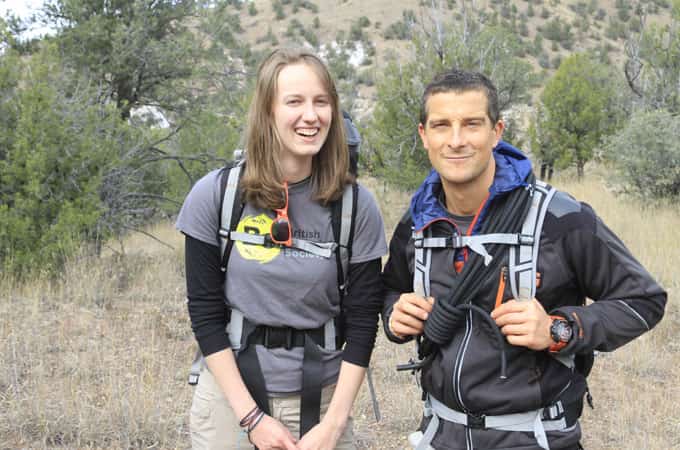 The prize was awarded to Alex as a reward for her triumphant effort in the six-part Discovery Adventure Challenge earlier this year, in the mountains of Megève, France. Alex was chosen unanimously by judges after displaying strength, technique and courage throughout each challenge, as well as showing a true sense of adventure and going Above & Beyond, in the spirit of the Land Rover brand.

This expedition was a test of determination, skills and resilience, with Bear leading an array of physically and mentally demanding activities. In addition to a difficult trek across five miles of challenging terrain, Alex was faced with repelling down a 250ft sheer drop, a Tyrolean Traverse, river crossings, and hemp rope climbs, not to mention a one-to-one combat session with Bear himself.

Bear concluded the adventure with his thoughts on his and Alex’s first adventure, “She’s thrown herself into it right at the deep end; you name it, she’s done it. “She’s really shown that Land Rover Adventurer Spirit, being a pioneer, a boundary-pusher, a risk-taker and full of positivity, so good on her.”