The second round of the Defender Challenge rally series was the Somerset Stages, which took place on the forest tracks of the Brendon Hills within Exmoor National Park. Set over 132 miles of tarmac and gravel stages, the rally incorporated the famous Porlock Toll Road. 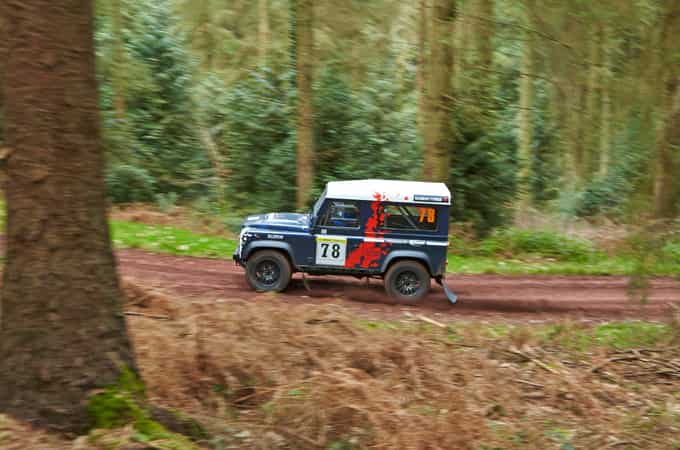 There was a close battle all day for the Defender Challenge win between Tony Harris / Richard Mitchell, Damien / Simon Taft, and Robert / Jonathan Harford, who all set fastest stage times throughout the day.

After 12 challenging stages it was the Race2Recovery team of Tony Harris / Richard Mitchell who took the Defender Challenge victory. Harris said, “It’s been interesting, there’s some fairly technical areas on the course but nothing too major, certainly nothing I haven’t seen before. In that respect it’s been quite a fast race and there’s some very quick areas with long straights in the forest stages. The car’s been handling great. It’s been on form, we’ve been able to get the speed up quite nicely. This was our first time out with the car so we’re just trying to develop the best gear ratios going into certain corners and seeing how it responds but I’m very impressed with it. It’s been a very fluid race so far and what we’re hoping for is a clean, pristine car ready for round three in June.” Damien and Simon Taft had a strong result, setting the quickest stage times on three stages and finishing second which puts them in the championship lead. There was disappointment for Robert and Jonathan Harford though, who set the fastest times on six of the twelve stages but received a two minute penalty for arriving early at the time control on stage two, which resulted in them finishing third. 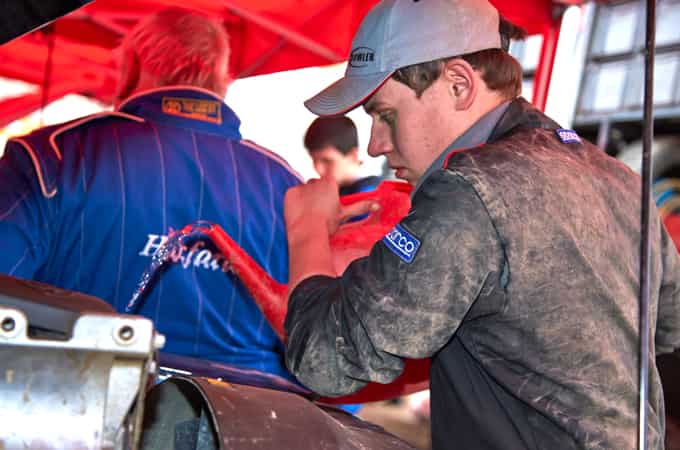 Matt Mills had a good result, finishing in fourth place in his first ever rally. He said, “It’s been very enjoyable, it’s gone well so far. The car is new to me so I could have pushed it a bit harder, but I’m trying to take it easy until I learn a bit more about it. The car’s going very well, better than I am! It’s all about having some fun.”

Simon Armstrong, who usually navigates for Andrew Wicklow, was out in the driver’s seat for the first time. He said, “It's been thrilling. Obviously there’s lots to take on board having not competed in any stages previously but it’s been fantastic, really good fun. I think it probably gives me a better idea of what I need to do in order to do a good job on the co-driver’s side of things. That was the view, to give me a chance to do some driving so that I’ll know more about what the co-driver needs to provide to the driver to make it a successful race.” 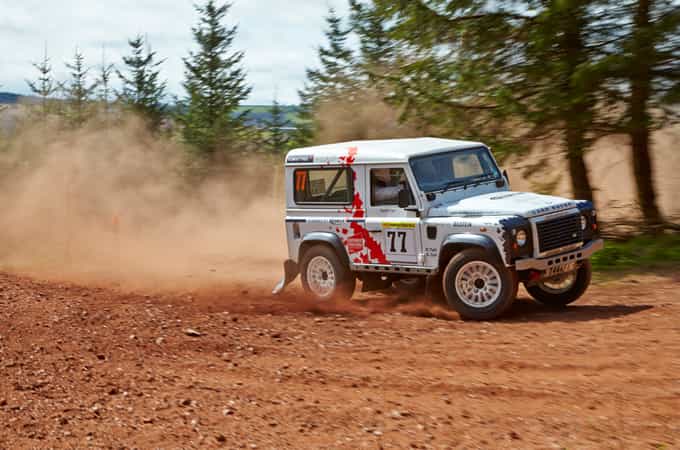 Stephen Richards said, “We’re finding our feet better, beginning to lose it a little bit then correct it and push it. On stage two we were around 30 seconds quicker than we were on the first stage. It’s been good fun. The car stuck to the road a lot better than I expected. I was a bit nervous to start with but it held really well.”

After the first two rounds of the season, Damien / Simon Taft are leading the championship standings with 32 points. Edd Cobley / Allan Jackson are tied in second position with Tony Harris / Richard Mitchell, with both teams on 21 points.

Round three of the Defender Challenge is the Dukeries Rally on 7th June, set in Sherwood Forest, Nottinghamshire. The rally is also a round of the REIS BTRDA Rally Series and the MSA English Rally Championship.