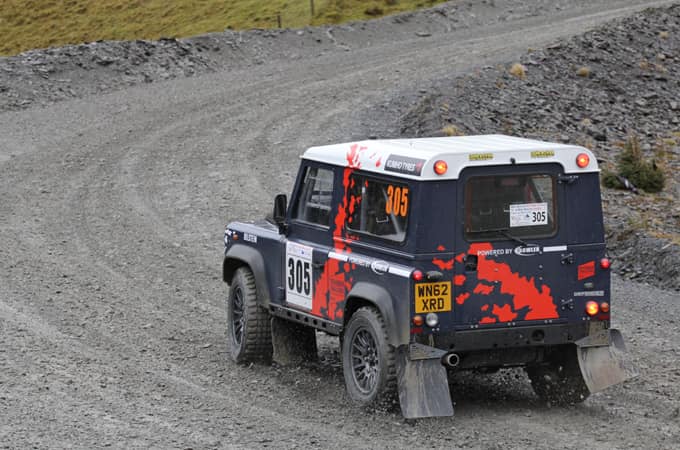 For several of the Defender Challenge competitors this was their first rally, and they hope to use the series as a stepping stone to international events such as the Dakar Rally.

It was Damien Taft’s first ever stage rally and first event since he competed in the Camel Trophy 20 years ago. It was also his cousin Simon’s first time in the co-driver’s seat. Simon said, “It was quite intense but we got there. There’s no damage to the car and we didn’t lose our way! It was a very sharp learning curve.”

Damien said, “It’s the first time we’ve actually been in the car together. We’re getting a feel for the car, so it’s just building on that confidence really. It was very wet, very slippy and there were a lot of cars off so we were driving on the side of caution. We had a brief moment when Simon shouted someone was off and had rolled it, so we braked and had a bit of a spin but nothing drastic. There’s a lot to take away and absorb from this one.” 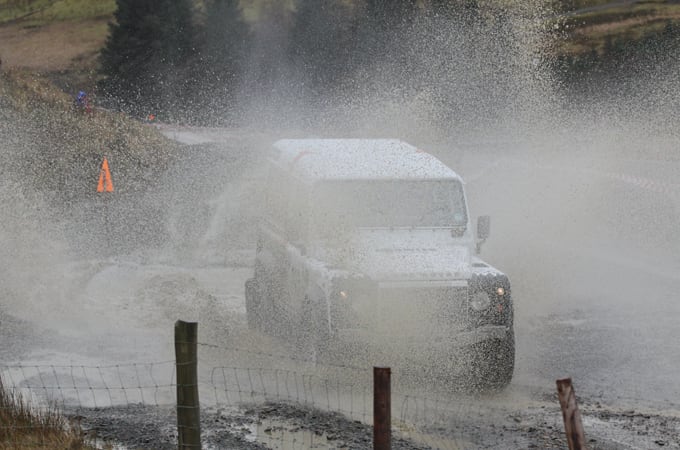 For Andrew Wicklow from Glasgow, it was his first ever rally. He is aiming to use the Defender Challenge series to gain the necessary experience to compete in the Dakar Rally. Four stages into the event and his confidence was increasing as he got used to the car. He said, “I think we went even faster over those stages. We’re getting the hang of it and the car went brilliantly. It’s quite slippy with the amount of water we had out there but it was controllable.” 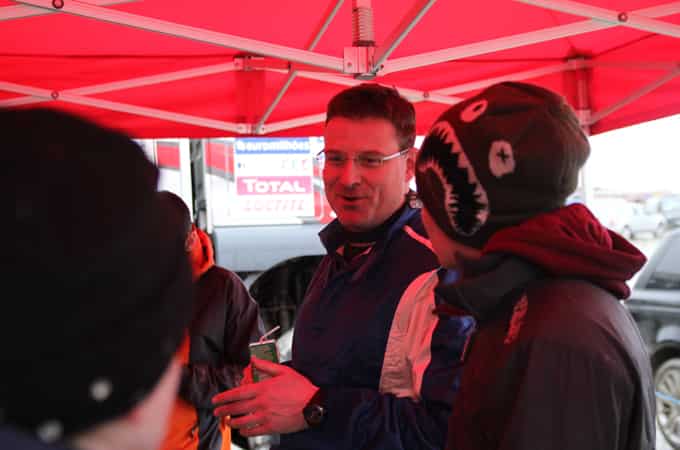 Richard Hayward from Cardiff is one of the most experienced drivers in the series, having competed in the Dakar rally several times. He drove his Defender Challenge car for the first time at the Scottish Hill Rally in November, finishing second in his class. Unfortunately he couldn’t replicate the result in Wales, setting quick times over the first two stages but hitting a tree near the end of the third stage. He said, “We were going too fast coming down a hill and it was very slippery at the bottom. We just couldn’t make the corner so we went slightly over the ditch and impaled ourselves on a tree. Luckily we got off the tree but we cooked the clutch in doing it. We did the fourth stage with no clutch, it just shows you the strength of the car. We were actually changing gear which is quite amazing.” 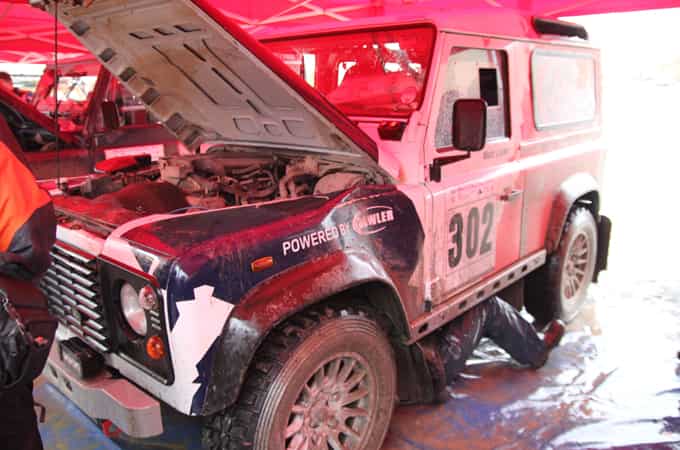 Stephen Richards from Cheshire is hoping to tick the Dakar Rally off his bucket list. He learnt the basics of rallying at the Land Rover Experience centre at Rockingham, before signing up to the Defender Challenge series as an important step in helping to achieve his goal. He said, “I really enjoyed the rally even if it was a steep learning curve. I can’t stop smiling - the car was fantastic and we finished without a scratch on it which was our first goal. It’s a car that does what it’s meant to do in a fun way.”

After five challenging stages in tricky conditions, it was Edd Cobley and co-driver Allan Jackson who finished the event quickest of the Defender Challenge cars. Edd said, “We were catching the vehicles in front which is fantastic, especially when they’re Escorts and Talbot Sunbeams which you don’t expect to be catching. The car was brilliant, very compliant. What Land Rover and Bowler have done with the suspension and the tyres works really well. It was fantastic, back to grass-roots racing.” 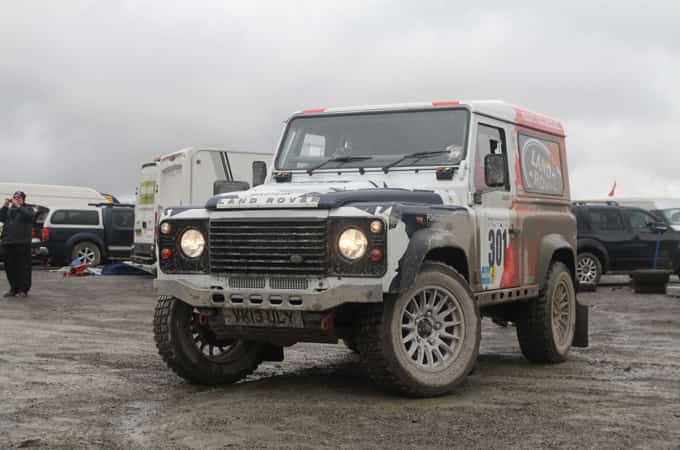 The second round of the Defender Challenge is the Somerset Stages on 12th April. The rally will use the forest tracks of the Brendon Hills within Exmoor National Park, as well as the famous Porlock Toll Road. Up to 12 Defender Challenge cars are expected to compete in the event, which is also a round of the MSA English Rally Championship.